The Huion KAMVAS GT-220 vs XP-Pen Artist22 checking demonstrates that both models have the same active area but the read speed is different (233 pps against 220 pps), so the drawing process on the XP-Pen Artist22 requires more concentration.

The XP-Pen Artist22 vs Huion KAMVAS GT-220 visual comparison makes it clear that the first unit’s corps is made of plastic and looks quite cheap. The second device has more presentable appearance and is constructed of the plastic and metal combination. Furthermore, the Huion is heavier, than the XP-Pen (14.6 pounds versus 11 pounds), so it’s a little bit uncomfortable to use it without the stand. The functionality also differs because the XP-Pen Artist22 works slower and sometimes I even have to draw the same line for a few times. I don’t have similar problems with the Huion KAMVAS GT-220, but this tablet has some color issues. The shade installation has to be performed every time when I take the device.

It’s noticeable that the XP-Pen Artist22 doesn’t have an eraser at all, unlike another model, which is able to clean the smallest elements from the screen. The Huion KAMVAS GT-220 has only 1 stylus, and the XP-Pen Artist22 is supplemented by the 2 pens, which can be interchangeable. That is great, but the XP-Pen’s elements have many low-quality elements and not a very pleasant smell. The GT-220’s styluses have the solid appearance, a great assembly, and no smell. 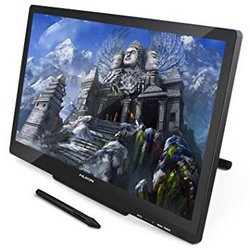 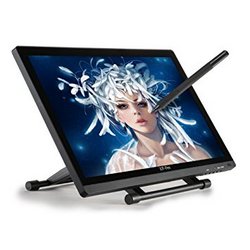 has not
Lithium Metal