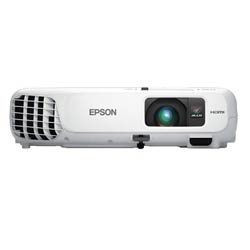 The Epson EX3220 is one of the brightest projectors from Epson's lower-end models. Having 3000 ANSI lumens of brightness, it can outperform many pricier projectors in terms of picture vividness.

The EX3220 was released in 2013 as an improved version of the EX3210 that has been presented to the market in 2011. While they both belong to the EX series and generally have similar specs, the reviewed model is capable of producing a brighter image and has better color reproduction.

All of the inputs are labeled, so performing the connections will be easy for anyone. The fastest way to connect the projector to your computer or laptop is by using a USB cable. However, if the projecting content requires high bandwidth, it's better to use an HDMI connection.

The Epson projector EX3220 can't offer a Full HD resolution, but it provides a solid 800 x 600 picture (if it's connected to the source via VGA input, the supported resolution lowers down to 640 x 480). Such resolution is just what you need for presentations, documents, and any other text-related content.

For projection, it uses a 3LCD technology that is much better in terms of color naturalness than single-chip DLP projectors while also being more energy-saving. The rainbow effect on the screen was not seen during the test.

This way, despite the fact that the Epson EX3220 specs don't suggest that it's a home theater projector, it still has decent color reproduction (can display up to 1 billion colors). I like how it displays various pictures—the colors look spectacular and realistic. They are clear, bright, and crisp. Thus, you don't have to worry about the quality of visuals in your projects.

Thanks to the high brightness level, the projector performs almost equally well in both dark and well-lit rooms. Besides, it can display an image on both dark and light surfaces. I projected on the dark beige wall, and all the colors were distinguishable and the clarity of the image was also preserved.

As you shutter the lens, it automatically powers the light off but doesn't turn off the projector itself, so you can continue from where you left off as you open the lens again. Thanks to that, the Epson EX3220 SVGA 3LCD projector can cool down while you are gone.

This projector is definitely a worthy option for presentations, so I can rate it at 9 from 10.

The onboard buttons on the projector are: Power, Source Search, Enter, Esc, Help, and Wide/Tele buttons. There are USB-A and USB-B ports, audio out, S-Video input, VGA, and, unfortunately, only one HDMI port on its back.

There is nothing fancy or complicated about the unit's design, and it also incorporates enough connectivity types for its price, so I give it 9 from 10 for the overall design.

This model is much brighter than many more expensive DLP projectors and provides a clear image with pristine color reproduction. This makes it a really beneficial option for those who work with presentations a lot. The setup is straightforward and you won't have to keep anyone waiting. This way, finishing this Epson EX3220 review, I feel confident recommending this model as a solid business projector. 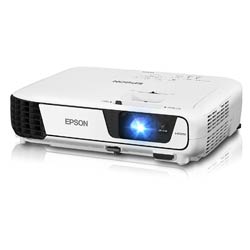 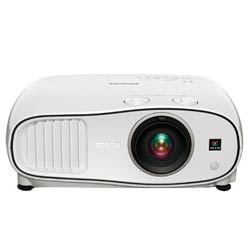 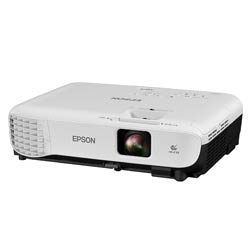